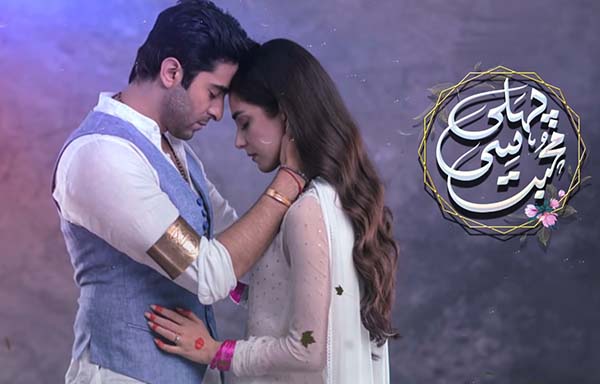 Pehli si Muhabbat is a beautiful depiction of Love and pain. Living in a country like Pakistan, where there are so many taboos related to Love, this Drama will address the misery and pain of two lovers, who are immensely in Love with each other. Maya Ali and Shehryar Munawar play the lovers’ role. We are seeing Maya Ali after a very long time on Drama screen. Her last drama serial was ManMayal which was also a tragic love story. Shehryar Munawar also appears after a very long time on TV.

Abdullah Seja produces the Drama under the banner of IDream Productions.

Pehli si Muhabbat's OST is sung by Ali Zafar and composed by none other than Gohar Mumtaz. The dramas OST has reached up to one million views on Youtube. Ali Zafar lyrics explain and exhibit the endless Love between Aslam and Rakshi (Maya and Shehryar). Like the Galli muhalla love, these lovers are also seen having secret meetings on roofs and streets. For just one sight of each other, they wait day and night. It’s a true love story which will give you thrills and grief at the same time.

By watching the OST, one can realize that this tyrant society and its stigmas won't let the lovers be together easily. Rakshi's father is seen as being very strict towards her relationship. Similarly, the other villain in the love story is Aslam's brother Akram. Akram's role is played by Hasan Shehryar Yaseen (HSY), who has made a debut in this drama serial. He is shown as a rigid maulvi who would create further problems for Rakshi and Aslam.

Fans are waiting for the Drama to come on air and experience the journey of immense Love. A story full of Love, pain, revolt, misery and cry is waiting for us to be admired.