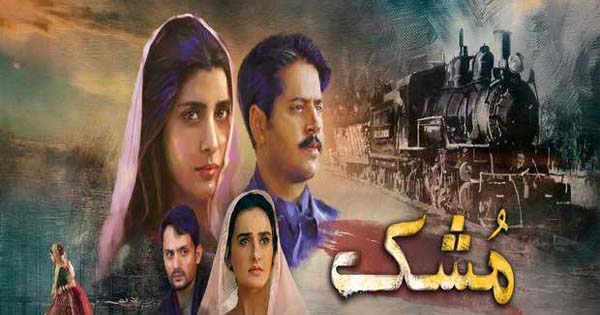 After a very long time we get to watch a drama which does not include the usual saas-bahu conflict, Mushq is an entertaining drama that has a little bit of everything; mystery, romance, and even comedy. The cast has done a phenomenal job at portraying the characters, We get to see Urva Hocane on screen after 4 years as Guddi, which is a treat to watch, Imran Ashraf ( who is also the writer of the drama) as Adam, Momal Sheikh as Mehak and Osama Tahir as Shayyan. The story starts with Mehek (Momal Sheikh) returns home after two years, and is spoilt by her grandfather as he trusts her and loves her the most. She brings along Guddi (Urwa Hocane) and a baby home. Mehak lies to everyone that the child is Guddi’s but it is actually her own, Guddi agrees for the sake of money. On the other hand, Adam ( Imran Ashraf) loves Mehak but is not aware that Mehak is already married to Shayyan (Osama Tahir) while she was away and is the father of her child. The story of Mushq is not boring and dragging, every episode has something interesting for the fans to watch. The Suno Chanda director Aehsun Talish has done an amazing job at directing the drama. Watch Drama Serial Mushk every Monday at 8:00 PM only on HumTV.